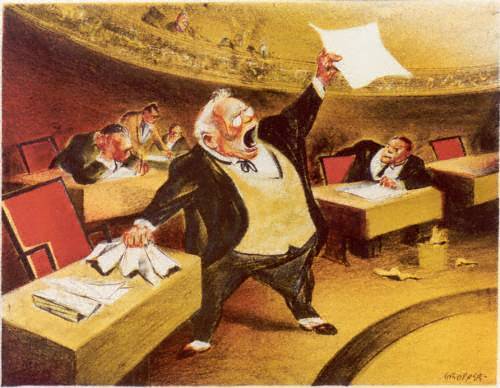 We are still in denial here in MA… is this really our home state?

The consequences of Republican Scott Brown’s victory in the race for the Senate seat from Massachusetts fall into two categories. The first involves the optics of the race itself and the message Brown’s victory sends, about Obama’s first year, the economy, anti-incumbent sentiment, and the generalized “fuck ‘em all” feeling that seems to burst forth in American politics at times of stress. (The pollster Stan Greenberg a few years ago developed a taxonomy of voters that included the useful categories “F-You Boys” and “F-You Old Men,” groups that were quiet in 2008 but were heard from yesterday.) That message is somewhat complicated coming from Massachusetts and was provoked by the failure of a candidate who might as well have been a double agent for the Republican National Committee, but it won’t be perceived that way.

To the extent that the outcome is perceived as the beginning of the end of the Obama administration, and a one-blue-state equivalent to the 1994 Republican takeover, it is potentially a disaster. But that is the kind of straight-line projection that is the stock-in-trade of both Chris Matthews and the folks at OpenLeft.com, which produces the wild gyrations from ecstasy to despair that rarely prove correct. To the extent that it is perceived as an opportunity to press the reset button on the administration, to focus on the economy, and to go to the people rather than work inside Congress, with almost 11 months before the next election, it is potentially healthy… Read the Rest