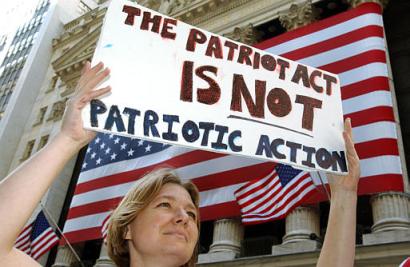 WASHINGTON, March 20 â€” House Republicans joined Democrats on Tuesday in warning the F.B.I. that it could lose the power to demand that companies turn over customersâ€™ telephone, e-mail and financial records if it did not swiftly correct abuses in the use of national security letters, the investigative tool that allows the bureau to make such demands without a judgeâ€™s approval.

The warnings came at a hearing of the House Judiciary Committee into a recent report by the Justice Departmentâ€™s inspector general, Glenn A. Fine. The report found that the F.B.I. had repeatedly violated the rules governing the letters, sometimes by invoking emergency procedures to exercise them when there was no emergency, and had bungled record keeping so badly that the number of letters exercised was often understated when the bureau reported on them to Congress.

â€œI just want to convey to you how upset many of us are who have defended this program and have believed it is necessary to the protection of our country,â€ Representative Dan Lungren, Republican of California, told Valerie E. Caproni, the bureauâ€™s general counsel.

One thought on “F.B.I. Is Warned Over Its Misuse of Data Collection”