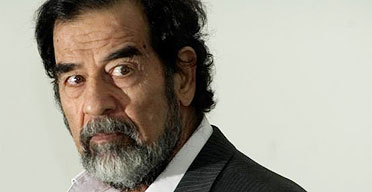 Saddam Hussein was hanged before the sun rose in Iraq early Saturday morning, just prior to 6am local time. Convicted in November of crimes against humanity over the killings of 148 Shi’ite villagers from Dujail after a failed assassination bid in 1982, his conviction was upheld by an appeals court which mandated that he be hanged within 30 days.

Many Kurds seem disappointed that Hussein was executed for the Dujail killings, widely viewed as a test case for the larger, and more significant, Anfal genocide trial. That trial, which began in August, was chronicling, often in painful testimonies, the systematic killings of tens of thousands of Kurds with chemical weapons and poison gas. Hussein was scheduled to return to the courtroom Jan. 8. Not surprisingly, there are fears of increased sectarian strife between Sunni’s and Shiites in the wake of the former leader’s execution.

Also executed by hanging were Saddam Hussein’s half-brother Barzan al-Tikriti and Iraq’s former chief judge Awad Hamed al-Bander – both of whom were also sentenced to death at the close of the same trial.