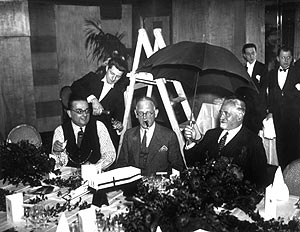 “The doomed space mission Apollo 13, made into a feature film with Tom Hanks, was launched on 13 April at 13:13 local time, while a recent interpretation of the number has brought another interesting, if unsettling point. Several serial killers have 13 letters in their names: Jack the Ripper, Charles Manson, Jeffrey Dahmer and Theodore (Ted) Bundy all have this honour. In a strange coincidence, so do the words Prime Minister.
So how did the two mix? Well, we can return to The Da Vinci Code and one of the periods of history it highlights…”